What is SABU?
The Seventh-day Adventist church’s children and youth society is an independent society which is a part of the Adventist church’s work in Norway. We have a special focus on children, teenagers, students, young adults and their families.

We have about 1000 members in various local clubs around Norway. SABU’s goal is to encourage children and youth to be Jesus’ disciples who live according to the Seventh-day Adventist faith.

History
The Adventist church began their organised work with youth in 1907, with something which at that time was called “Seventh-day Adventist Young People’s Society of Missionary Volunteers”. The idea was that youth themselves were going to take responsibility to do Gods work and do something for the society around them. They were encouraged to organise such associations in as many local churches as possible. After a while the name was abbreviated to “Missionary Volunteers” and thereafter “Adventist Youth Society”. Today the name has been changed to “Adventist Youth Ministries” worldwide.

In Norway we want to engage young people in both God’s kingdom and in the community around us. This is why SABU was established in 2006. SABU is built on the same democratic principles as the Adventist Church in Norway where young people themselves participate in leadership and organization, both at a local and national level. In a way, we have taken a step towards what was the original idea of the Adventist Church’s youth work – to create involvement!

Our goals
This is also reflected in SABU’s goals: SABU aims to encourage children and youth to be disciples of God who live by a holistic Seventh-day Adventist faith.

We try to do something for every age group and at the same time support leaders who daily carry out SABU’s work in local congregations. We also emphasize families, as family life has more to say for the development of children and young people than anything else. 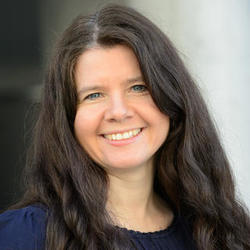 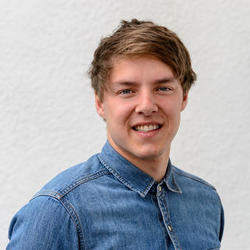 Start a local club and join the SABU-community. Read more about what it means to run a local club.

Why start a local club?

The local clubs in SABU generate public funds that make it possible for SABU to run and support children- and youthwork around Norway. Do you want supplies for children’s sabbath school, messy church and resources for youth clubs and pathfinder clubs. Do you want support for good economy for your local club. Then there is no reason to not be a member. We can manage a lot more together! When you organize your children- and youthwork as a SABU-club you contribute to something that we can all benefit from.

To be a member of a SABU-club is also to take responsibility. It is a goal that teenagers and young adults will receive training through their SABU-club in democracy and organizational life by participating in boards and leadership and annual meetings.

Fill out a form to register a new local club. Thereafter, we will contact you.

Registration form
(the form is in norwegian)

Members pay an annual membership fee of minimum 50NOK, which goes directly to the operations of the local club. SABU receives support from the government based on how many members under the age of 26 that are registered in a SABU local club.

Qualified member: paying member under the age of 26

For your local club to be qualified, you must have at least 5 members under the age of 26.

Every year the local club must deliver an annual report. This is done through our electronic membership system, Hypersys. This is a simple report which will not take you more than a couple of minutes to sign and deliver.